There probably isn’t one person in this world who hasn’t been touched by the power of music at least once. We all have our favorite songs that we listen to when in a good mood or when we need comfort. Music really does great things to us especially when we’re down.

It helps not only humans, but plants as well! Everything grows under the power of music! Here are 10 incredible facts you didn’t know about music. 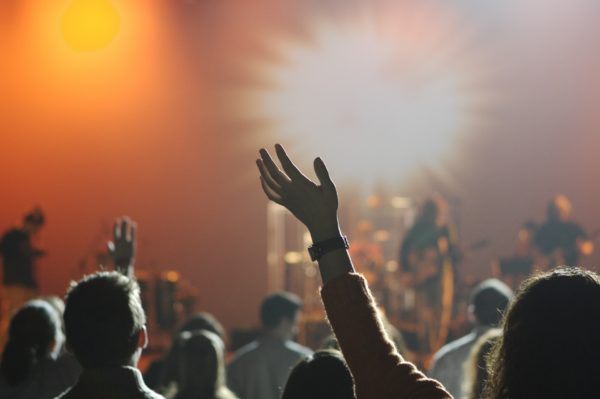 1. A person’s favorite song is usually highly associated with an emotional event in their life.

Whether it’s a breakup song or a song we listened to at our first concert, music is even more powerful when we associate it with good or bad memories.

Read also: Did You Know That People Who Go to Concerts Are Less Stressed?

2. Your heartbeat adjusts according to the music you are listening to.

That is fascinating, really!

Read also: The Music You Listen to Can Change the Way You See the World

4. Metallica is the first and only band who played on all 7 continents.

After their show in Antarctica, they entered the Guinness Book of World Records. Cool!

5. Listening to music while working out can increase the performance significantly.

So go ahead and exercise or just hit the dance floor – you’ll do great!

6. A song that gets stuck in your head is called “earworm”.

7. Music triggers activity in the same part of our brain that releases the pleasure chemical.

That would be dopamine. Yays for music!

Read also: This is What It Means If You Get Chills While Listening To Music

8. We tend to prefer songs we’ve listened to before.

In that sense, we like some songs not because they’re good, but because we’ve been exposed to them more so they’re familiar to us.

9. Eminem wrote and recorded “The Real Slim Shady” 3 hours before he released his album.

Talent AND luck. Oh, and we can all remember the VMAs performance in 2000!

10. The song “Jingle Bells” was originally written for Thanksgiving.

And there you have it! We hope you enjoyed these awesome things about music! Do you enjoy music? What’s your favorite type? Tell us everything in the comments!

What Makes Left-Handed People So Special?
What I Learned After Spending Time On My Own