Strong, independent women never settle for anything, let alone a man. They unceasingly seek for a connection that transcends the mundane. That genuine bond that takes any relationship to a deeper level. A fierce woman always chooses to be single over having the wrong man on her arm. The right person for them has to be someone who possesses at least these four traits. 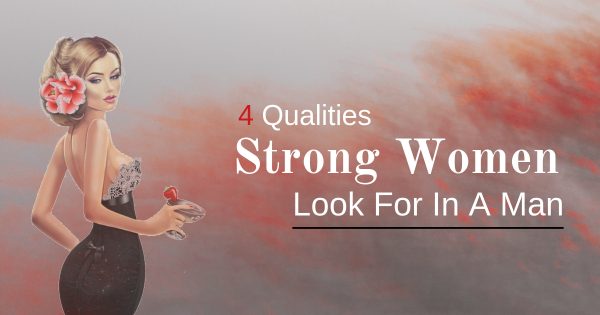 MORE: Learn To Win A Man’s Heart In 10 Easy Steps

Not only in relation to their romance but a man who exudes authenticity in every corner of his life. One who is honest about who he really is and isn’t afraid to show it. One that would never put on a mask for absolutely nothing and who values integrity and sincerity more than anything.

2. He’s confident in himself

If he’s not really secure in himself, a relationship with a strong woman would only be a hot mess. Someone who doesn’t need constant approval and validation, who doesn’t plead for attention or reassurance, that is the guy for an independent woman. Strong and self-reliant, she will show him love and affection because she deeply cares for him but she won’t remind him how much she needs him at every turn.

The least serious quality might be the most important one yet. Women of this caliber applaud laughter as one of the best things life has to offer. They are intensely driven to live surrounded by humor and plain joy. They need a man who shares the same jolly view on life, who can overcome any hardship life throws on their way with a smile on their face. Who finds all the right words to uplift them when times get rough. Who is not only a great lover but a dear friend as well.

Not only does he express his feelings bluntly but he truly listens. He can sense you even when you don’t say anything, he gets you without actually having to utter words.

To Survive – SOUL MENDS
The Aim Of Life – ONE WORLD