When meeting someone for the first time, we are generally quick to make an impression of them. This doesn’t necessarily imply we read them perfectly or understand some of their actions. 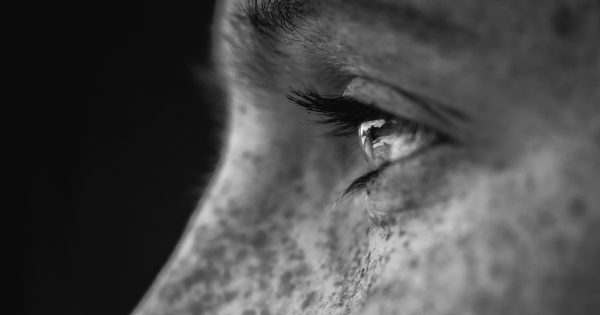 This is often true for our friends or our close ones. They may do things we immediately label as impolite or rude. But what if there is something else hiding behind their weird, improper behavior?

Some people who deal with anxiety on a day to day basis have developed certain coping mechanisms with side effects such as being more irritable or impolite.

So an anxiety disorder could in some cases be the cause for rude behavior. Here are 8 things people suffering from this mental illness do that come off as plain rude.

Sometimes, people who have anxiety can snap out of the blue in their conversations with others. Although it seems it’s coming from nowhere, it could be because anxiety or irritability have been building up. That’s when they usually snap.

MORE: 5 Phrases That Hurt People With Anxiety More Than We Know

They may have a harsh tone or exaggerate an issue or address not so kind words to you. Keep in mind that anxiety disorder is related to insomnia so lack of sleep could also make them grumpy.

Sometimes, they make plans with their friends only to cancel at the last minute. This isn’t because they’re not reliable or because they’re selfish. But they will find an excuse not to go out if they don’t feel right. Anxiety will make them feel relieved that they don’t have to be around other people, but will make them feel guilty at the same time.

They don’t always make eye contact with people when talking to them. This could be interpreted very easily as a sign of rudeness, but many people with anxiety disorder get fidgety when in conversations. They feel they are more focused on what they others are saying if they look down, at their hands or play with stuff.

People who suffer from anxiety and intrusive thoughts will often distance themselves from others, including their close friends. That’s because when they don’t feel well, they don’t want to bring other people down with their bad energy. So in that sense, their so-called rudeness is just their attempt at saving you from being in their presence when they’re anxious.

They intentionally avoid someone when they meet them accidentally on the street. That’s not because they don’t want to say “hello” and ask them how they are, but because they’re insecure. Also, when dealing with anxiety, it’s better when they actually plan things, like meeting a friend. Otherwise, they feel like losing control completely and this gives them even more anxiety.

MORE: 9 Major Effects Anxiety Has On Your Body

People with anxiety can get very defensive and sarcastic. That’s just the shell they carefully built around their fluffy, insecure and anxious self. When feeling particularly anxious, they prefer to push other people away than hurt them or be hurt. It’s a defense mechanism they have developed to protect them from a seemingly unstable environment and unstable relations.

Maybe this will help us understand the behaviors of others with more ease. Before we judge them, we must think about what they may be going through. Talk to them about what bothered you and try to connect. You never know when you might help someone dealing with a lot on the inside.