MORE: Loneliness Is A Bigger Health Risk Than Obesity Or Smoking 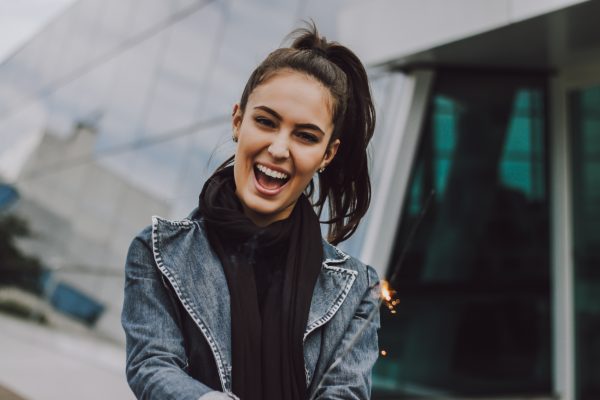 The researchers at the University of Pennsylvania found that limiting social media usage to 30 minutes per day has significant upgrades in overall well being.

Only 30 minutes, because no one can actually quit social media altogether, right?

For some, it’s tough to stay off social media for half an hour, let alone spend this amount of time without checking your phone for notifications.

It’s all about dopamine, remember? You’re addicted to social media.

Every time we scroll through the news feed or count how many likes we got, a surge of dopamine is released into the brain. Dopamine is a neurochemical which makes us desire, want, seek out and search. It increases our level of arousal and turns on instant gratification. It’s the instant gratification which makes us highly addictive to social media.

Because it provides a spike in dopamine, instant gratification is immediate satisfaction and happiness, without making much effort. Even if you’re endowed with patience, forget about it, you no longer need it!

At any given time and with so much as the touch of a button, we have access to everything. Now, at the moment of speaking. Not later, not five minutes away nor the moment you open that book. You have all the answers now. You have to wait no more, ever. You are connected at all times. You get your high on the spot. Instant gratification.

MORE: There Are 4 Types Of Facebook Users. Which One Are You?

“No More FOMO: Limiting Social Media Decreases Loneliness and Depression” gathered 143 students who were divided into two groups: one that continued to use social media as normal and the other one that was limited to using 10 minutes per day for each platform, Facebook, Instagram and Snapchat.

The scientists found that the students who spent 30 minutes a day on social media saw significant declines in depressive symptoms.

“Not comparing my life to the lives of others had a much stronger impact than I expected, and I felt a lot more positive about myself during those weeks,” said one of the subjects, according to the study.

“It is ironic, but perhaps not surprising, that reducing social media, which promised to help us connect with others, actually helps people feel less lonely and depressed,” the study reads.

Many other studies have pointed out correlations between social media and mental health, but this is the first one that claims “to establish a clear causal link between decreasing social media use, and improvements in loneliness and depression.”

Hard to grasp? The tool whose premise was to connect people does more harm than good after all.

What do you think? Please leave your comments below, we’d like to have your opinion on this matter.