We’re all familiar with the huge misconception that women run around looking for relationships and affection so that they don’t miss their shot at Prince Charming. Or something. And we think men are all chill when it comes to looking for a life partner. We’ve got news for you!

This image of women that was imposed by society couldn’t be farther from the truth. Research tells us differently and you might want to stick around for this. Here’s why men fall in love harder and faster than women! 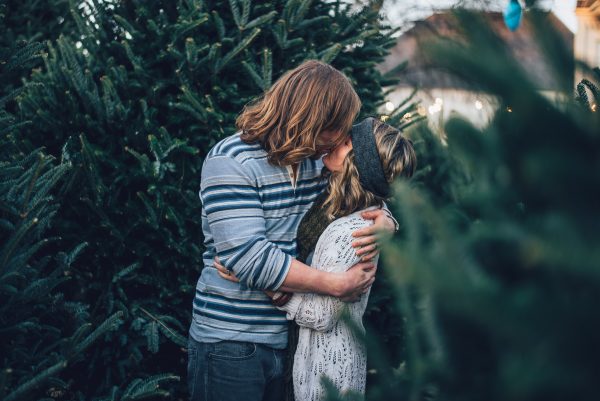 Surprise, surprise! According to psychologist Marissa Harrison women tend to be more cautious and cool when it comes to relationships while men usually fall hard when they’re interested in someone.

The same study shows that men say I love you faster too after they’ve committed to someone. But why are the more emotionally-rigid and always cool guys falling in love sooner than women?

Men are usually taught to repress their emotions more throughout their lives.

For men, falling in love is like when a pipe bursts. They are filled with many emotions all of a sudden and because they enjoy the experience so much, they want more of it. And they want that fast. Because they’ve been bottling up their emotions for so long, they feel the care and nurture they get from you and they don’t want that overflow of warm fuzzy feelings to stop.

They don’t usually question their emotions.

MORE: 5 Signs That You’re Being Used, Not Loved

Women are more encouraged by society to analyze their feeling or whatever they may be going through. They were never accused of being “too emotional”. That’s obviously not the case with men. They tend to go with their gut and thus never stop to question if they’re really in love or if it’s just lust or attachment they’re feeling.

They haven’t experience this kind of strong connection before.

This is explained by the difference between the relationships men and women have with their peers. Women tend to form deep and emotionally-charged bonds with their girlfriends all the time. Men on the other hand tend to be colder and more distant when dealing with their male friends.

MORE: The 5 Stages of Love and Why Too Many Stop at Stage 3

They don’t share their inner thoughts, plans, goals, much the less their feelings. When they begin to experience that in a romantic relationship, it’s more intense for them because it’s more unfamiliar. Also, more sought after.

Watch our video to convince yourself!

Maybe we’ve known these facts all along, but now things make a lot more sense. Hit the share button to let everybody know!

Want to Avoid Catching a Cold? Try These 6 Things!
6 Things You Should Know About Dreams