We tend to believe that being intelligent is a matter of luck, that either you are gifted or you’re not. But research shows that intelligence is influenced by our environment and our habits. 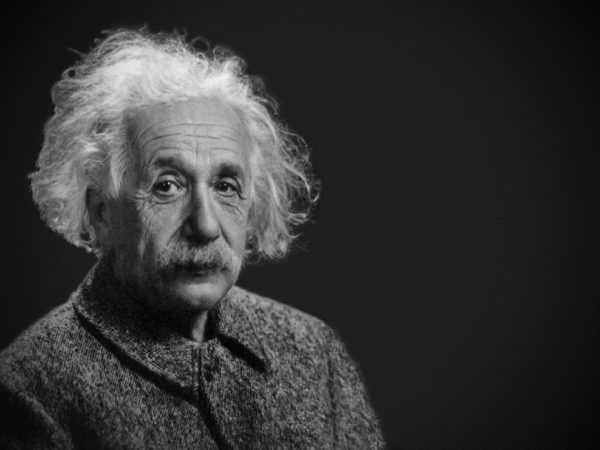 Albert Einstein, the genius that everybody loves, had some eccentric habits. Can his habits help our brains to be in better shape?

1.The more you sleep, the better you think

Einstein slept for 10 hours per day, much more than we can ever hope for these days.

There is a lot of evidence that supports the idea that sleeping can improve reasoning and problem solving skills.

Moreover, latest research shows that sleep deprivation can make the brain “eat itself”, as the cells that digest cellular debris go into overdrive.

2.The more you walk, the more your creative juices will be flowing

When he was at the Princeton University, Einstein would walk every day.

There is a lot of evidence showing that walking can boost memory, creativity and problem-solving. Walking outside is even better for your creative juices.

MORE: Why Smart People Are Happier When They Are Alone

Why? Because when you focus on walking, there is a temporary shift in the activity of the brain from the frontal lobes that are involved in higher processes such as memory, judgement and language to a more creative and spontaneous way of thinking that can help us solve our problems.

3. A good meal is a smart meal

Given the bad reputation that carbohydrates have today, it is surprising to find out that Einstein was a big fan of spaghetti.

We don’t know if that was just a random preference or if it has to do with the fact that diets which are low in carbohydrates are linked with slower reaction time and reduced spatial memory.

4. Smoking was considered harmless back then

Even more surprisingly, Einstein was a great smoker. He considered smoking to have a calming and detaching effect on the mind.

In his defense, the link between smoking and all types of illnesses was not made clear until after his death.

5. He knocked not only everybody’s socks off, but also his own

Einstein hated socks and avoided wearing them, no matter the circumstances.

We have no idea why, given the fact that wearing formal clothes has been shown to improve the performances on tests of abstract thinking. Maybe it’s a matter of confidence!