Are you ready for the first major astronomic event of 2019? A lunar celestial treat will take place on Sunday, January 20 into January 21. This amazing eclipse will be visible to people all over the world, but mostly to those in North America. But why is it called “Super Wolf Blood Moon” and what’s so special about it?

First of all, the first full moon of the year is known as the “Wolf Moon”, named after the howling wolves and traditionally used by Native Americans. This is what the Old Farmer’s Almanac said:

“In Native American and early Colonial times, the full moon for January was called the Full Wolf Moon. It appeared when wolves howled in hunger outside the villages.”

So what is the Super Wolf Blood Moon?

MORE: 10 Facts You Need To Know About ‘The Great American Eclipse’

The name “blood moon” comes from the reddish and orange tint of the moon during the eclipse. This is similar to the process that causes reddish sky at sunset or sunrise.

An eclipse occurs when the moon travels through Earth’s shadow, with the sun, moon and Earth lining up perfectly. This January eclipse will last 62 minutes and will be the first total lunar eclipse visible all across US since 2010. 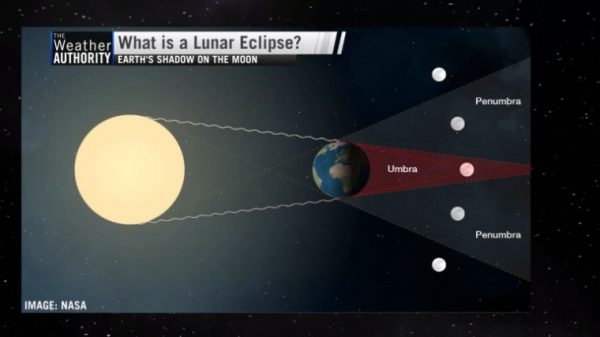 This is why this event is so special, and not only for scientists and astronomers. In addition to the lunar eclipse, we will also have a huge moon to look at.

A supermoon is a full moon occurring at perigee which is the moon’s closest point to our planet. A supermoon can appear 7% bigger than an average full moon. When the moon is at apogee, which is the farthest from the Earth in its elliptical orbit, the moon looks quite tiny. This event is called micromoon and it’s a lot less bright than a supermoon.

It is highly recommended that you find an area with no direct light, away from the city preferably. This kind of event is really rare so make sure you don’t miss it. Enjoy!