Long before they conquered the Internet, cats took over the world. The most complete investigation yet about cats reveals that domesticated cats did in fact dominate the globe. Twice. 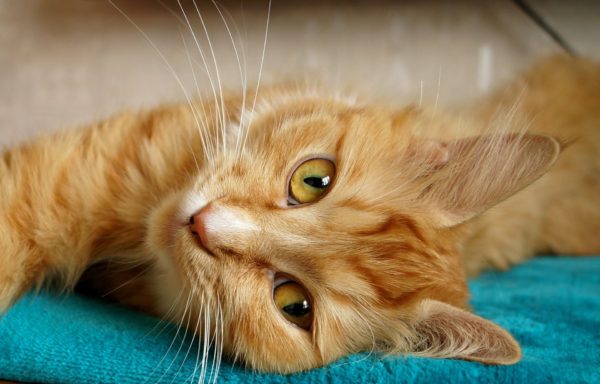 The study in Nature Ecology and Evolution proved how domesticated cats spread all around the world, analyzing DNA evidence from the remains of more than 200 cats, found under Viking and Stone Age graves and from Egyptian mummies.

More: Pets And Why We Need Them In Our Lives

It has yet to be discovered how humans actually turned wildcats into lap cats since the remains of domesticated cats are very hard to distinguish from their wild counterparts.

Over more than 10,000 years ago, during the rise of agriculture, humans started stocking grain and quickly realized that rodents had also moved in, attracting more and more wildcats.

Not long after that, people had the brilliant idea to keep the cats around since they were so skilled at killing rats.

That’s when the African subspecies of wildcat, Felis silvestris lybica, settled on the territory known today as Turkey and began spreading from there, getting to Europe as early as 4,400 BC.

More: Did You Ever Imagine Animals With Front Facing Eyes? Here’s How Creepy They Would Look!

Cats were much beloved by Egyptians, as it can be observed in their artwork. A lot of felines are relaxing in the lap of people or under the chairs.

So we can say that cats made their entry into people’s lives, for the second time, around 1500 BC.

Cats expanded further throughout Africa and Europe, travelling on ships where they were also very useful since mice were a huge problem. The Vikings were likely to have brought the felines to new grounds, including Northen Europe.

Cats were never bothered to behave in a proper way by their owners. People just prized them for being very good exterminators. So, for thousands of years, they did not care how they acted as long as they did their business well.

Breeding of tamed cats began sometime in the 14th century, when a gene for blotched tabby appeared in Turkey, later spreading all over the globe and becoming an ordinary gene by the 19th century.

More: Quokkas Are So Cute and Adorable! You Won’t Believe They’re Real!

For all this time and to this day, domestic cats have interbreed with wild cats. This could explain the aloof and seldom hostile behavior of the tamed cats, not that different from wild cats.