Most men play it cool when it comes to expressing their feelings. On the outside, men seem tough and firm but on the inside, they are emotional and even sensitive. 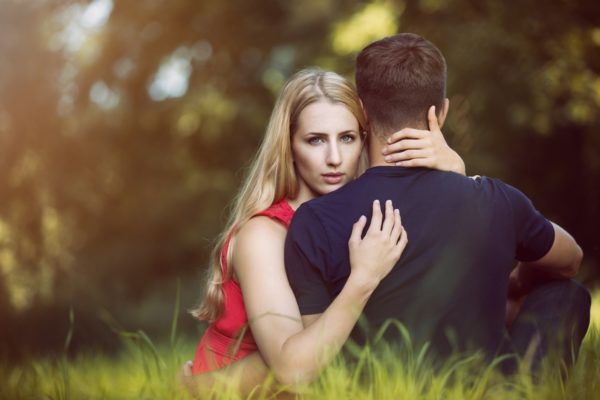 Men have established an unspoken rule for not expressing their feelings and they do a great job in hiding most of their personal issues. So it’s totally ok if you happened to mess up a rather romantic moment by saying all the wrong things.

You’ve been caught off guard so many times so it is time you know about the crucial things you should never ever tell him. That is if you still want to be together.

Whether he lets it show or not, every guy is a mama’s boy. Let’s not forget, the first woman in a man’s life is his mother so they have a pretty powerful connection that will last forever. Don’t worry about being second, you are both women, only totally different for his needs.

You need to keep this in mind regardless of situation and never badmouth his mother, unless you want to scare him off.

Only if he asks. In that case, you don’t need to spill every detail about your past relationships. You can even lie about the number of sexual partners in your life. Though we do not encourage lying of any kind, in this case, we condone this behavior. Why? Because men make the awful assumption that if you have had your share of partners, you are somewhat promiscuous. Moreover, they become very insecure about their bedroom skills.

It’s better to keep this type of conversation off limits.

More: The Only Way To Know For Sure If A Guy Likes You

Men have a hard time accepting failure, let alone talking about it. If they hear it out loud, especially coming from you, they will be brought down in a second. It’s hard for men to handle and overcome defeat. They have been trained to be the pillar of the family, the one that has to provide for his family.

It’s never a good idea to highlight his flops.

Watch our video below:

Warn your girlfriends to never make these mistakes! Share this!

4 Red Flags That Signal An Emotional Affair
Did You Know You Have These 3 Magical Skills?