Most people we know are right-handed, but around 10-12% of us use their left hand more. Up until recently, we weren’t exactly sure what made this distinction. Was it something we learned and adopted in childhood, was it genetic?

At various times in our history, left-handed people were thought to be more creative or having special musical skills. But they were also seen as more rebellious or more disorganized. We’re not sure how much of that is true, but we know that even the word “left” often had more negative connotations. Like, who wouldn’t want to be right? But if you’ve ever wondered why some of us are left-handed, here’s your answer. 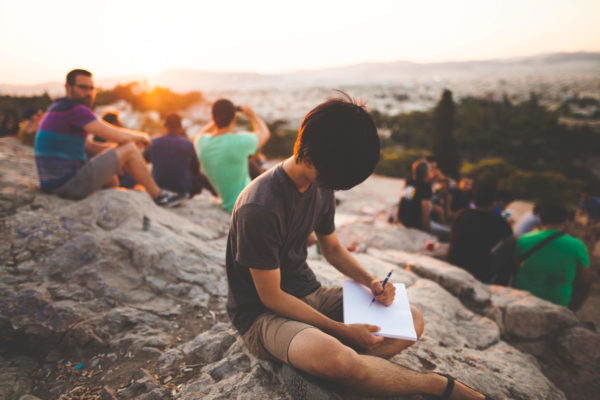 The Mystery Behind Why Some of Us Are Left-Handed

Research also tells us that men are more likely to be left-handed than women and that left-handedness is twice as common in twins. That’s great, but why are those few of us using their left hand more?

Initially, scientists thought it had everything to do with our brains, but new studies into the issue indicate that it has nothing to do with that. So where does this come from?

It appears that this is something present from even before we are born. Teams of researchers in Germany, South Africa and the Netherlands have found that left-handedness is due to a gene in our spine, not our brains. That’s fascinating, isn’t it? The study also showed that this takes place in the womb, between weeks 8 and 12 of pregnancy. So your ability to write with your left hand goes that far back!

MORE: This Is The Best Way To Read Other People’s Emotions, According To Psychologists

So the results tell us that the spine is responsible for the asymmetry which defines if a person becomes right or left-handed. The study also concludes that left or right-handedness is not inherited, as we all assumed, but happens because of other factors in the environment.

MORE: 6 Great Ways To Stay Positive When the Going Gets Tough

So now you know when you became left-handed and why being one is rather special. Make sure you send us your other thoughts on this!

Thanks for reading! We hope you found the article interesting! Please share this with all the left-handed people you know – they’ll appreciate it!

Why Are People With AB Blood Type Unique?
Want to Avoid Catching a Cold? Try These 6 Things!