Clara McGregor lashed out at her father online after the actor dumped her mother after 22 years of marriage. 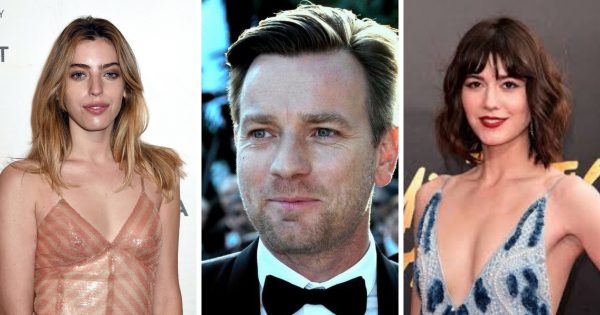 The daughter of Ewan McGregor has blasted her dad online, calling him an “a**hole”. The 22-year-old model posted a photo of her mom in a bikini on Instagram, along with the caption “my mother, ladies & gentlemen • 50 is the new 30 apparently”.

Two years ago, after 22 years of marriage and four children, the 47-year-old actor left his wife Eva Mavrakis after starting a fling with his ‘Fargo’ co-star, 13 years his junior, Mary Elizabeth Winsted.

The split made headlines, especially because the pair was one of the strongest couples in Hollywood. They stayed together for over two decades so everyone was baffled when Ewan McGregor filed for divorce citing “irreconcilable differences”.

The media surrounding this story was so harsh that Winsted allegedly dumped the actor after excessive judgment and being called a ‘homewrecker’. Apparently, it was just an impulse generated by an outpouring of criticism. They were seen holding hands on the set of his upcoming movie ‘Doctor Sleep’ last year in October.

It’s not the first time Clara slams her father online and addresses the infamous separation. In July last year, Clara took the liberty of commenting on a photo declaring Mary Elizabeth Winsted one of the most beautiful women in the world:

“Most beautiful and talented woman on Earth? Oh man, Y’all are delusional. The girl is a piece of trash,” Clara wrote on Instagram.

Clara McGregor later apologized for the blowout, telling ‘The Times‘  ‘It wasn’t the most mature way to go about things, but I was angry and upset. There had been a lot building up to it and a lot to deal with — not to make excuses or anything — but, yeah, it wasn’t my finest moment.

I kept being tagged in this photograph and I was seeing negative things about my mum. I said how I felt and I didn’t want to apologize for it. It wasn’t the right way to go about things, but it’s a hard thing to wrap your head around when you feel you had this idea of what the family unit is and then to have that shift. It’s very weird.”