It’s hard to keep your calm when you are confronted with racism and prejudice, especially when you are the object of their hatred. But black author Daryl Davis did better than that: he befriended several members of the Ku-Klux Klan. 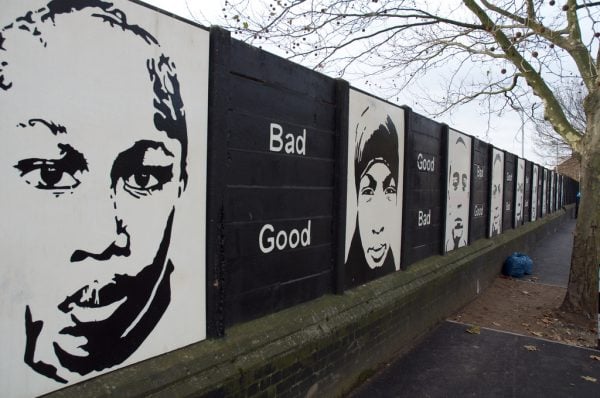 Daryl Davis is the author of Klan-destine Relationships: A Black Man’s Odyssey in the Ku Klux Klan.  He deliberately met and disarmed Ku-Klux Klan members. What he discovered during his travels was that racism is easy to maintain when you surround yourself with others racists.  But it is difficult to maintain when you are alone with the object of your hatred.

MORE: Science Tells Us Why It’s So Hard For People To Change Their Minds

In other words, when a racist meets a flesh and blood person belonging to the group he despises and considers inferior he will have a hard time justifying and expressing his hateful attitude. And that’s because he cannot ignore the fact that the person in front of him is just another human being who deserves respect.

Davis’ tactic was to start the dialogue by asking a simple question: “How can you hate when you don’t even know me?”. Apparently, the absurdity of adopting such an attitude created a breach in the armor of their beliefs and made the dialogue possible. He claims that he got over 200 KKK members to quit.

MORE: 3 Reasons Why Revenge Is Never The Answer

Another way of connecting with people with racist beliefs was through music. Being himself a musician, he explained to some KKK members the black origins of rock and roll, a musical genre they admired.

Davis believes that one possible explanation for racism is an inferiority complex that some people express as a superiority complex. “At the core of it, although they won’t at first admit it, [racists] express superiority, but truly feel inferiority and in order to elevate themselves, they have to push someone else down.”

Here Are The Reasons Why People Cheat, According To Science
If You Do These 7 Things You Are A Strong Woman