Is it really a shock that women are attracted to bad boys? This is a long-held belief but where exactly does it come from? It’s obvious that we’re not taught to be drawn to dangerous guys, that it’s rather a more instinctual thing.

There is something gripping about tough looking guys that women simply can’t resist. Maybe it’s our desire to be treated less graciously now and then, though bad boys aren’t exactly rude or blunt, they just give us the thrills and a lot of action, something that nice guys can’t really provide on a daily basis. 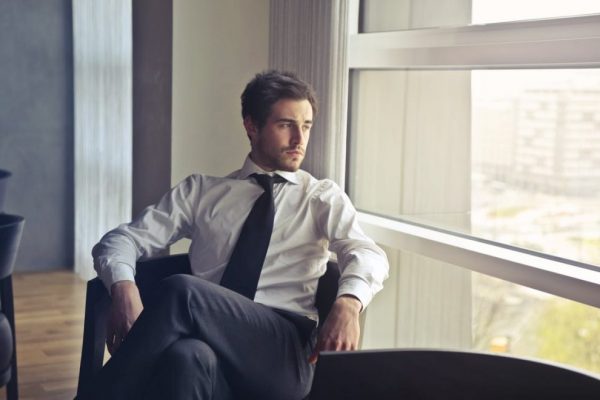 According to a recent study, women prefer men with dark personality traits, like narcissists and psychopaths. At least for short-term relationships.

MORE: To Be Or Not To Be In An Open Relationship? 5 Rules Of The Game

The new research shows that jerks are more successful in scoring dates. That’s because they tend to treat us as if they’re not interested maybe. And that’s exactly what draws us to them. Of course, nice guys can easily turn into jerks when they decide to leave us for no apparent reason.

When it comes to long-term relationships though, women tend to choose men enlisted in the Big Five personality traits – extroversion, openness, agreeableness, neuroticism and conscientiousness.

So the ideal kind of guy for women to have a fling with is a bad guy, shows a research published in the Journal of Personality and Social Psychology. It’s not really about finding the right partner. Women like these raw types of guys simply because they are fascinating and nice guys can’t offer women this kind of excitement. Maybe it feels that dating them can turn into an adventure any second, it’s exhilarating.

MORE: Submarining Is The Latest Dating Trend To Make You Miserable

Additionally, it looks like men want nice, soft, gentle and kind women. Maybe this has something to do with the fact that opposites attract. At least when it comes to physical traits or when only flirting and dating are involved. Research in this area suggests that when it comes to long-term commitments, the opposite is true. We’re more drawn to those who are like us.

It’s in our nature to be attracted to bad boys, we can’t help it! Share the news with your BFFs!

And don’t forget to watch our video below!

5 Clues You Are About To Let Go Of The Familiar And Embrace The New
A Restless Mind: The Burden Of Being Outgoing And Anxious At The Same Time