Since nobody is perfect, no relationship is either. Even people in otherwise happy relationships have things to complain about. Here are some stories people have shared. Some of them will make you laugh, others will make you say: “Oh, that’s so us!” Enjoy! 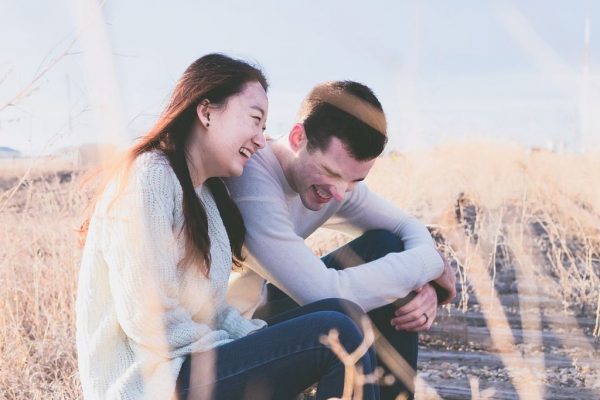 MORE: How Fighting The Right Way Can Save Your Relationship

1. “He’s like a human heater and likes cuddling too much, so I end up waking up in the middle of the night literally sweating as he constantly rolls over to spoon me. And don’t get me wrong, it’s really sweet, and I love it until I almost get heat stroke.” (derangedbuffalo)

MORE: Why Are We So Hooked On Game of Thrones?

2. “He doesn’t tell me everything that I would tell if I were him. For example, once we were talking about our days and he said: “and then I came home early after the funeral.” “…funeral? Whose funeral?” “You know. For Bob.” “Who is Bob?!” “My coworker, the one who died last week of cancer.” He had been working with this guy for a year. In an office of maybe 20 people. He had never once mentioned a co-worker named Bob who had cancer and died.” (WaffleFoxes)

MORE:  8 Amazing Photos Of What Happens When People Get Bored At Work

3. “My husband is the anti-hoarder. He’ll ask “why do we have this giant flashlight? We NEVER use a giant flashlight” and throw it away, and then a week later, he’ll ask, “Why don’t we have any big torches in the house? Why am I stuck using these little travel size ones?” (onesecondofinsanity)

4. “He’s gullible when it comes to news media. I’ve had to teach him how to research his sources before posting stuff on Facebook that’s blatant lies. He’s learned, but I still don’t follow him on Facebook because it gives me anxiety.” (shylowheniwasyoung)

MORE: Countries And Their Quirks: 10 Things You Shouldn’t Do Abroad

5. “Instead of throwing the stickers off fruit in the garbage, my wife sticks them to the counter right above the garbage can. She used to do it randomly until she found out how much it annoys me. Now she does it deliberately.” (FourFingerLifeHug)

6. “His absolutely awful Italian impersonations he obnoxiously does in public just to embarrass me. I get so annoyed, turn bright red, sweat profusely and yell at him to stop but that just makes him yell “eyyyy linguini” even louder.” (buttplague)

MORE: There Are 4 Types Of Facebook Users. Which One Are You?

7. “She asks for permission whenever she wants to take something from the fridge. Baby, we’ve been together for two years and you spend half your nights in my condo. Stop asking if you can take a Coke Zero and just take it!” (herpityderpdoo)

This kind of little quirks is what makes your relationship an unique story. Please, share this!

Bonding With Food
I Am A Perfectionist And I…