This is the story of a flight attendant who saved a teenage girl’s life. Just by paying attention. And reacting in a timely and effective manner. 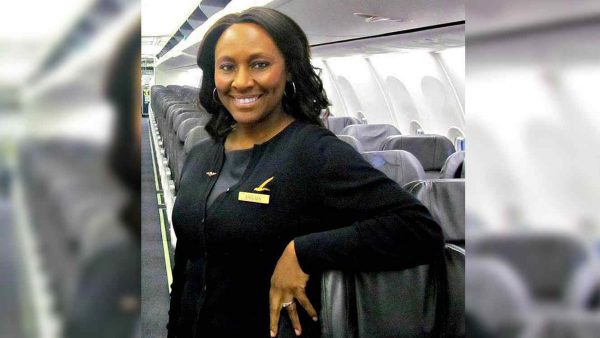 MORE: This Cat Saved And Raised by a Husky Now Thinks It’s a Dog

One day, Shelia Fedrick, an experienced flight attendant, was doing her habitual tasks. At some point, she noticed a strange couple on the plane: a well-dressed man and a young girl who seemed troubled. The contrast between the man’s elegance and the girl’s worried and shaggy appearance made her think that something was wrong.

MORE: How To Read Someone’s Emotions With 90% Accuracy

She asked the girl some casual questions, but it was the man who answered them. Immediately, she concluded that the girl is there against her will. She managed to whisper to the girl to go to the bathroom. She left a note for the girl and she responded. The girl needed help.

MORE: This Cute Australian Labradoodle Has Rocked The Internet And You Don’t Want To Miss It

The pilot was informed and when the plane landed, they were met by the police, who arrested the man. He proved to be part of a human trafficking network. The girl, only 15 years old at the time, had been kidnapped and was about to be sold for sexual exploitation.

MORE: Woman Restores Old Van To Travel Around The World With Her Adorable Dog

As a result of this dreadful episode, Shelia Fedrick shared her story. Now there’s a program meant to help the flight attendants to identify the signs of human trafficking.

MORE: The First Woman Ever To Visit Every Country In the World

Watch the video below to find out more details. Share this and help somebody in need!

Jim Carrey Has A Powerful Message For Those Who Want To Give Up
Do You Know The Reason Why Your Memory Is Failing You?