He was never close to his father though he did take him to auditions and managed his deals.

“I’m going around the country, locked in a room with a man who didn’t like me,” Macaulay confessed to Marc. 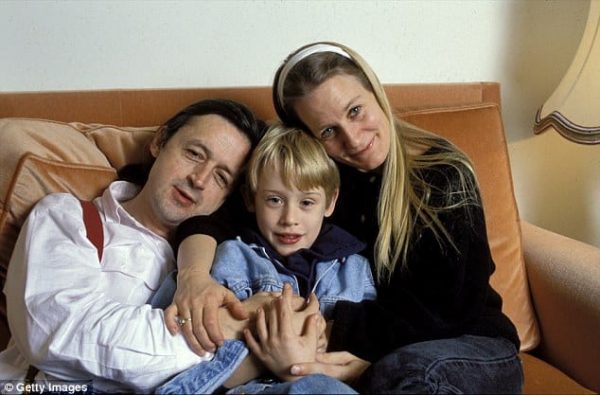 “He was a bad man. He was abusive. Physically and mentally. After I did Richie Rich in ’93 or ’94, my father and mother called it quits, which is one of the best things to ever happen to me. I was able to walk away from the business. I was able to say, ‘I hope you made all your money because there’s no more coming from me.”

MORE: Ricky Martin Has The Best Response When His Kids Ask Him About Having Two Dads

The 37- year-old actor now lives in both New York and Paris and he’s living a good life.

MORE: After 20 Years, George Clooney Returns To TV In A New Series

MORE: Are ‘Divorce Bells’ Ringing For Victoria And David Beckham?

“I was going [to Paris] for a little while and it was one of those things… I thought nobody recognized me but what it was was, ‘no, we recognize you, we just don’t care.’ I was like, ‘Where have you been my whole life?’. I get all of the benefits and a lot less of the negatives. The food sucks, the wine’s terrible, and the women are ugly but, otherwise, I live well out there.”

If you want to keep up with the star, listen to his new podcast Bunny Ears.